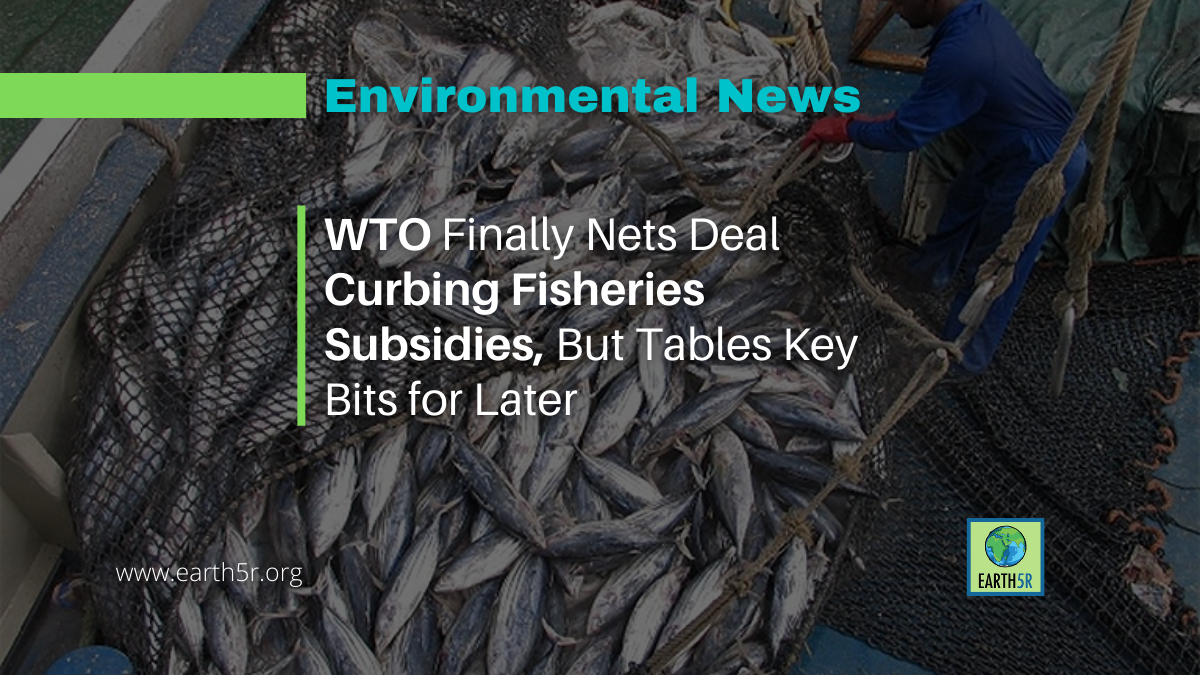 Talks aimed at curbing harmful subsidies for fisheries concluded in Geneva in the first multilateral trade agreement the World Trade Organization (WTO) has struck in almost a decade. The body’s Twelfth Ministerial Conference (MC12) was scheduled for June 12–15, but overtime negotiations didn’t conclude until early June 17.

It is the first time WTO members have ever concluded a deal “with environmental sustainability at its heart,” WTO director-general Ngozi Okonjo-Iweala said in her closing speech.

The fisheries agreement is a global solution that “will help ensure ocean resources are used in a sustainable way that drives economic growth and development while maintaining a healthy ocean for the benefit of biodiversity, nature, and people,” Dona Bertarelli, special adviser for the blue economy with the U.N. Conference on Trade and Development, told Mongabay.

California and New Zealand Partner to ...