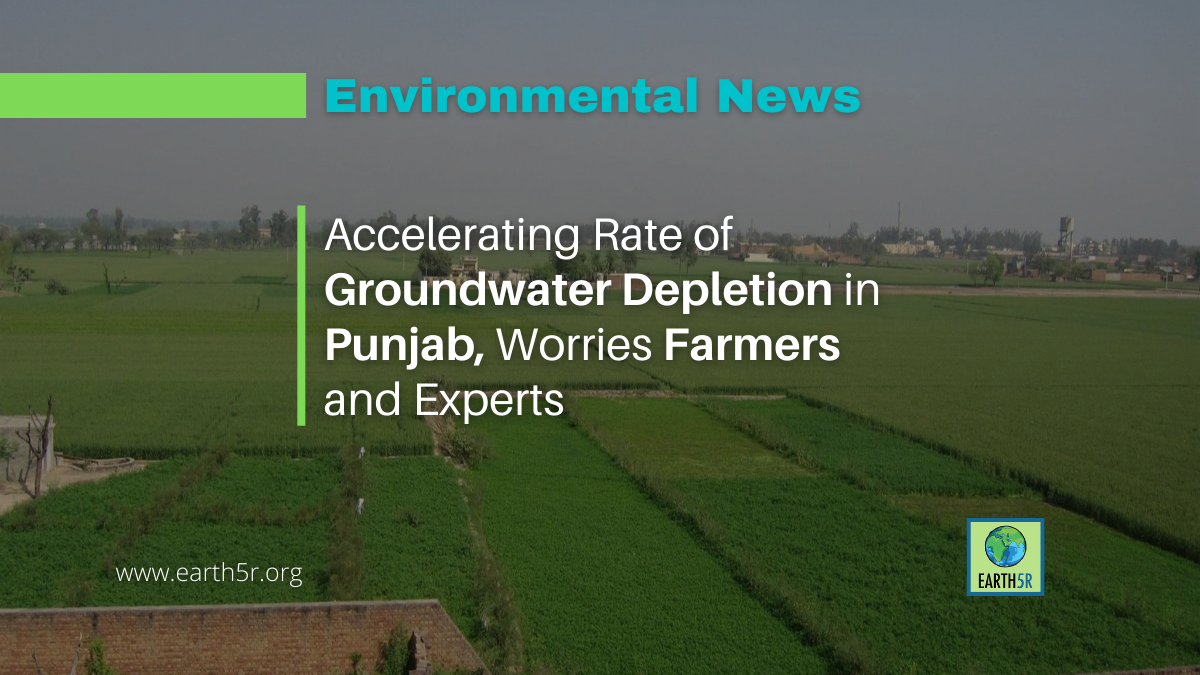 Groundwater extraction in Punjab has already reached 150-200 meters in most places in central Punjab. If the present depletion continues, Punjab’s groundwater is expected to drop below 300 meters by 2039, as per CGWB. Experts warn of a major threat to India’s food security if Punjab’s groundwater goes dry. Phasing out paddy and remodeling British-era canal systems to improve canal-based irrigation techniques are being recommended as possible solutions.

Last month, a monitoring committee of the National Green Tribunal (NGT) reviewed the district environment plan of Shaheed Bhagat Singh Nagar district (formerly Nawanshahr district). The committee laid stress on the depleting groundwater levels and announced that usable groundwater is available till the threshold limit of 300 meters (1000 feet), beneath the ground.

Balbir Singh Seechewal, a noted environmentalist and member of the NGT panel that met last month, told Mongabay-India that their prediction about ‘groundwater depletion in 17 years was not based on hearsay. It came from Central Ground Water Board (CGWB)’s 2019 report which studied Punjab’s groundwater situation till 2017. The report states that if the present rate of extraction continues, within the next 22 years, the state’s usable groundwater will vanish.

“Five years have already passed and there has been no drop in Punjab’s groundwater depletion rate. We are left with 17 years. The situation is very delicate. The successive governments have not given the serious and immediate attention this issue deserves. The time has come to stop this; otherwise, no one can stop Punjab from getting perished,”  Seechewal told Mongabay-India. As per the report, the average yearly rate of fall of groundwater levels works out to be approximately 0.49 meters/year.

A Heatwave will Test the Texas ...