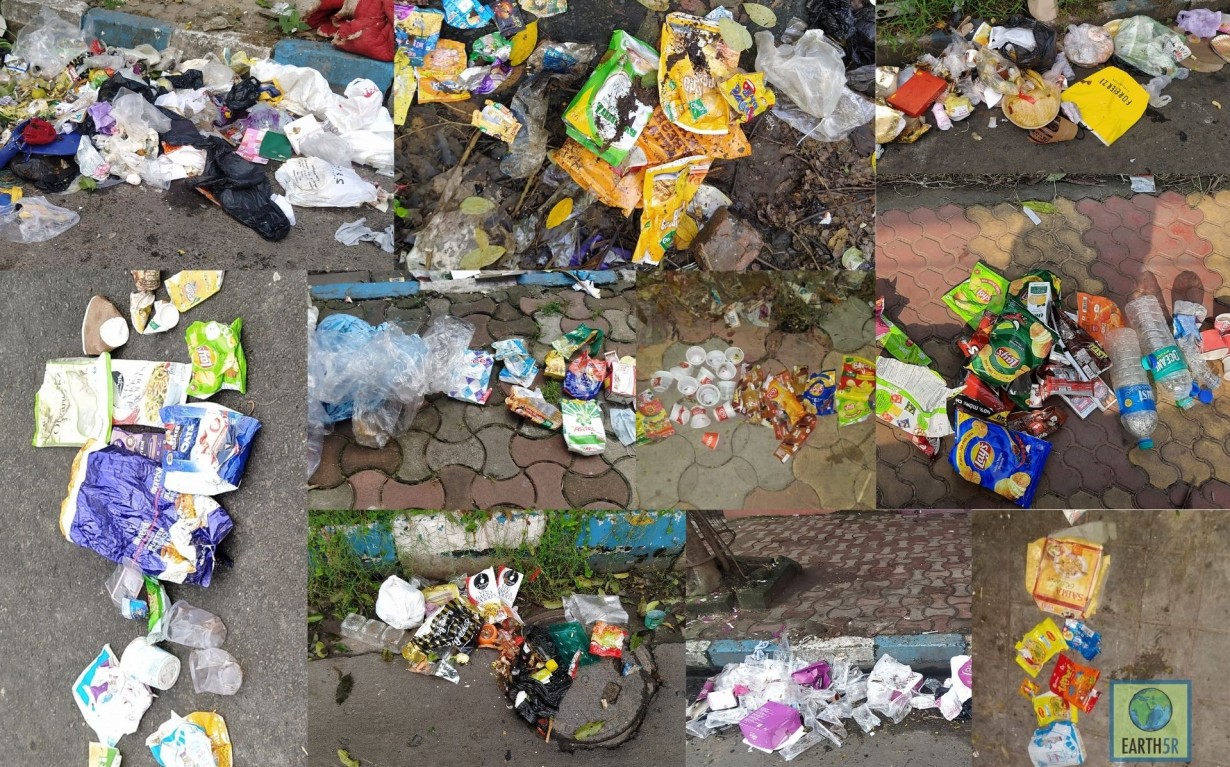 Plastics can easily qualify as the one of the most user-friendly inventions of the 20th century. It has also successfully been able to dominate contemporary times. This ‘life-changing’ invention that has the advantage of lasting forever is also its greatest disadvantage.

Today, the plastic waste crisis is spiraling out of control. To help alleviate the rampant mismanagement of plastic waste, Earth5R, an Environmental Organisation based in Mumbai, India, developed a project known as the “Know Your Plastics” Project.

The project involves cleanup and sampling of plastic waste from 10 different locations by an Earth5R volunteer from their own localities. After the waste is collected within a limit of 5 minutes, it is segregated into six different categories :

Implementing Clean up and Segregation of Plastic Waste in Kolkata

Krishangi Jasani, Earth5R Volunteer, conducted clean up and segregation of plastic waste at 10 different locations in her locality in South Kolkata. The plastic waste collected was segregated and the resulting data was then analyzed to understand which kind of plastics generated the most waste.

Krishangi observed that, “Majority of the waste that I found were Polythene bags and MLPs which I generally expected. However, when I also found sanitary pads discarded with all other waste, I realized that somewhere cultural taboos and beliefs are playing a role in delaying the proper management of waste and that we as a society have a long way to go.”

However, when I also found sanitary pads discarded with all other waste, I realized that somewhere cultural taboos and beliefs are playing a role in delaying the proper management of waste and that we as a society have a long way to go.

The Plastic Waste Crisis in Kolkata

When asked about the plastic waste crisis in her city, Krishangi stated that, “I feel that despite there being bans on the use of polythene bags which is the highest pollutant of the city, people still continue to use them. It is because it is convenient and widely available. And that is the issue. I believe that the solution to this issue lies with the conscious consumer and the government authorities who take strict action against all offenders.”

I believe that the solution to my city’s plastic waste crisis lies with the conscious consumer and the government authorities who take strict action against all offenders.

The state of our planet has only gotten worse as a result of the COVID-19 pandemic and pandemic or not, it seems like the situation will only get worse if steps are not taken towards its rectification.

It is not only the responsibility of the stakeholders, governments and private businesses to help save the planet but also the world’s citizens by changing their mindsets and everyday behaviors. This only happens when consumers are conscious of their actions, refuse any and every kind of plastic and make sure to recycle any plastic they use.

However, with that said, the plastic waste crisis cannot be solved by consumers alone. Proper waste disposal, waste segregation and recycling methods have to be established by governments and laws made have to be strictly implemented.

Only when each and every individual is working together towards a sustainable world, will there be a massive positive impact on the planet’s health.