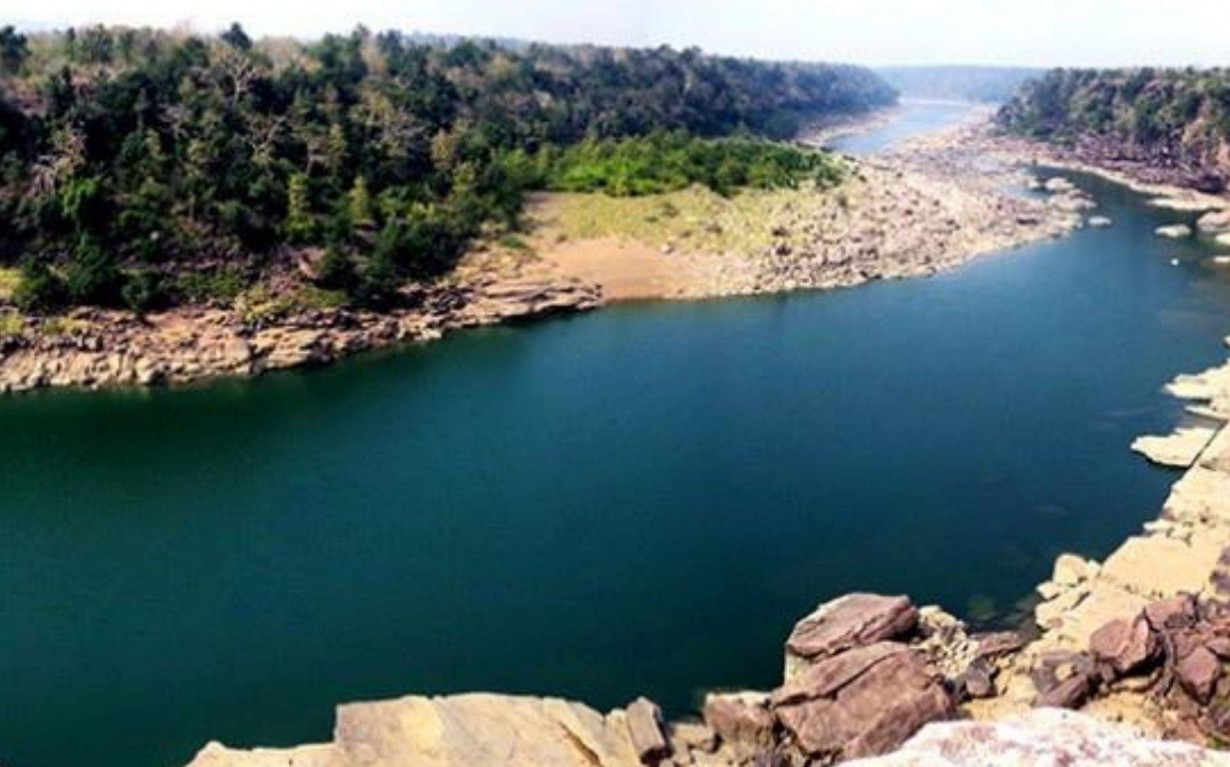 Kasadi river is the main source of water for the industries in Taloja Maharashtra Industrial Development Corporation (MIDC) and its 10,858 residents. This 20km-long river flows through highly industrialized areas and hence has been badly hit by the pollution.

A water quality test was conducted after numerous complaints filed by the residents to the Maharashtra Pollution Control Board (MPCB).

The test results showed that the wastewater treatment from the Taloja MIDC industries was inadequate as the area has become an industrial pollution hotspot.

Kasadi River is being polluted with chemical wastes and trash (financialexpress.com)

Kasadi river gained international attention in August 2017 after dogs that had waded in it, mysteriously turned blue, creating a health scare among locals.

This was a result of the dumping of indigo dye into the Kasadi river by the textile industries.

THE CHANGING COLOURS OF KASADI

Due to industrial effluents, this river changes colour every day.

The stretch of river that flows adjacent to the Taloja industrial corridor is changing colours, having turned white with foam covering its surface.

The relentless release of effluents into the river without proper treatment has led the river to emit a foul smell and also caused a burning sensation in the eyes.

Effluents are also being released into Kasadi river through a stormwater drain that does not even pass through the treatment plant.

Waste management is also a major source of river pollution. The chemical companies are turning the river into a dumping ground by disposing of untreated chemicals.

To add on to the problem, hundreds of truckloads of soil and debris have already been dumped into and along the river. If these illegal activities continue the river could be reduced to a sewage drain.

People near the Kasadi river are living in a death trap.

It’s not just the condition of water, which is of grave concern. “The air the villagers are breathing is also of dangerous quality,” says a doctor, who resides in a village nearby.

Corporator Mhatre, who first initiated action against the industries, says, “There have been instances when birds flying over Taloja MIDC, unexpectedly dropped dead. If fish and birds can’t survive here, how will human beings live here.”

Kasadi river was once a fishing haven – with over 45 varieties of fish – but in 2013 it was declared ‘unsuitable for fishing‘.

Fishing is a thing of the past for the local community at Kasadi (mid-day.com)

Last year fishermen from the local fishing community complained of a decline in 90% of the fish catch from Kasadi river due to pollution.

FAILURE AT TREATING THE WATER

In November 2017, 10 members of the Common Effluent Treatment Plant (CETP) at Taloja were booked and resigned from their post for not keeping the CETP in working condition and releasing untreated industrial waste into Kasadi River.

The industries are expected to treat the waste first and meet the MPCB standards, before discharging it to the CETP but these regulations were not observed.

Keeping all these issues in mind, the National Green Tribunal ordered shutting down of 350 chemical factories.

INITIATIVES TAKEN BY THE ADMINISTRATION

After the chemical effluents polluting the Kasadi river were identified, a 40% cut in the water supply to industrial plants was announced from February 1, 2017.

A notice was issued highlighting the problems and informing that until the Taloja industrial area does not start online pollution monitoring, adequate water supply would not be provided to them.

The National Green Tribunal (NGT) ordered the closure of 350 industrial units in Taloja MIDC that were allegedly responsible for polluting the river. For the locals, this is possibly the first fight they’ve won in their long-drawn battle to save this once resplendent river.

Taloja Industries Association (TIA) was planning to provide alternative solutions for all the damage that has happened. TIA has joined hands with My Vets Charitable Trust and Research Centre, an NGO, which works in the area of environmental and wildlife conservation, fishermen and Kharghar Swacch Manch, to plant more trees in the area to contain the pollution in the region.

INITIATIVES TAKEN BY THE LOCALS

Yogesh Pagade started the Mission Save Kasadi River campaign along with other residents in 2016 (mid-day.com)

Leading from the front: Kharghar residents and their children at the Anti-Pollution March (The Hindu)

The Taloja CETP has been rated as the worst-performing treatment plant among the 25 such units in Maharashtra by MPCB. This CETP needs to be upgraded with new equipment or maintaining the present equipment, leakages in pipelines to the CETP needs to be fixed and a permanent authority needs to be appointed to keep the plant working properly.

Setting up a floating island in the river was suggested to clean up the river. These are buoyant mats, planted like a garden and launched onto a waterway. The floating islands remove pollutants from a waterway, including nitrates, phosphates, ammonia and heavy metal.

Aeration brings water and air in close contact to remove excessive dissolved gases such as carbon dioxide while increasing the amount of dissolved oxygen which is very much needed.

RESTORATION OF KASADI WITH CITIZEN SCIENCE

The authorities are trying to reduce the Kasadi River pollution by taking action against the Taloja MIDC industries but for any plan to be efficient, the locals need to work hand-in-hand with the authorities to make it work.

Citizens can help the authorities and institutes with Citizen Science programs by collecting data about the quality and state of the Kasadi River from various points along its stretch. This will help by,

Such projects have been successful for restoring and maintaining rivers in the past.

These projects could also be sustainable and successful by finding a convenient way for data conveyance and providing incentives to citizen volunteers to keep them motivated to work towards river protection.

The citizens can also help in bring transformation by,

Making the industries more efficient by reducing and reusing the generated waste and opting for cleaner resources could create a huge impact. For instance,

These solutions would help reduce pollution at Kasadi by reducing waste and reusing by-products.

The Mula Mutha River Cleanup and Citizens Awareness program was conducted at Pune by the local team of Earth5R. Besides cleaning up the area of the litter, especially cigarette buds, the volunteers also engaged in creating awareness by conducting the street campaign and interacted with the people to highlight the difference that our small lifestyle changes can make.

Also, for the International Coastal clean-up Day as a Corporate Social Responsibility, Hexaware Technologies joined hands with Earth5R,  to clean up the banks of this river.

Earth5R has led clean-up drives along the Mithi River and also at its origin, the Powai lake, for 13 weeks. The ragpicker community was also involved in the waste management cycle and most of the collected plastic waste was recycled to make benches.

Reach out to Earth5R to know more about solving environmental issues through citizen involvement and by creating a circular economy based sustainability project.

Focus Needs to Move Away from ...

Nature Trail and Clean-up at Sanjay ...