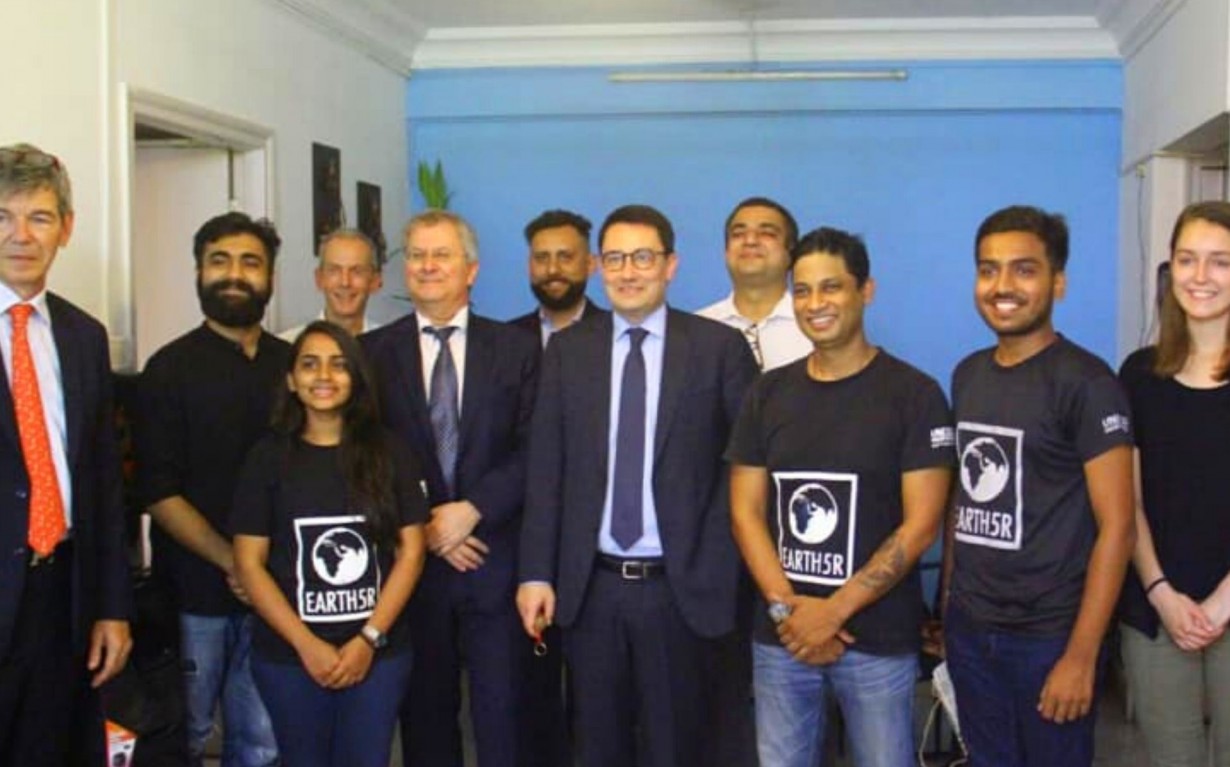 Meeting with French Ambassador to India at Mumbai Office

The French government is very prominent in tackling environmental issues. For example, the “Energy Transition for Green Growth Act” was initiated in 2015 which will aim to reduce France’s greenhouse gas emissions by 40% below 1990 levels by 2030. Also, in 2012, the country passed laws to boost sustainable car technology. The government subsidizes electric cars to help support this. Green technologies and laws like these make France a global leader in environmental sustainability.

The French government has been a partner with Earth5R since the founder of Earth5R, Saurabh Gupta was selected for the “Young Leaders India-France” back in March. This was presented to him by the French president, Mr. Emmanuel Macron, who was visiting Delhi at this time to discuss with other world leaders about ways to promote more efficient methods of harnessing solar energy for power. He was pleased to see that India was able to make the International Solar Alliance (ISA) a reality.

The relationship that Earth5R has formed with the French government will further enhance the efforts of working towards sustainable development in many cities across the world.

During the Meeting with the French Ambassador

Mr. Ziegler and the Earth5R team discussed the goals of ACT Powai and expectations for the future. Saurabh Gupta explained to Mr. Ziegler that everything Earth5R does has multiple beneficial outcomes. For example, a recent project started by Earth5R is recycling bottle caps to make into benches. While removing these caps from the environment is already a very promising outcome, another stakeholder benefits as well: local recyclers. The recyclers earn a livelihood every time they are able to recycle materials, by selling it again. This creates a circular economy.

Mr. Ziegler was also presented with a slide show featuring past work that the Earth5R team has done.

The French Ambassador along with the other members of the meeting enjoyed a nice home-cooked Indian meal for lunch. Mr. Ziegler, Mr. Fenet, and Mr. Perrin were quite pleased with the lunch and did not want it to end.

During this time, other members in the meeting who partner with Earth5R explained to Mr. Ziegler the projects that they are conducting as well. This includes Nick Anthony, director of SEEK Foundation in Phuket, who has been working tirelessly to clean up the Indian ocean.

Nick Anthony explaining his project with SEEK Foundation in Phuket.

Once the meeting was concluded, Mr. Ziegler, Mr. Perrin, and Mr. Fenet shook hands with the members of Earth5R in excitement to continue this partnership. They were presented with plants from the Earth5R team in lieu of the usual gift of flowers.

Saurabh Gupta giving plants as a welcome gift to the French delegates.

Smiles all around from the group.

Reuter partners with Earth5R to Mobilise ...

15 Actions to Promote Sustainability in ...