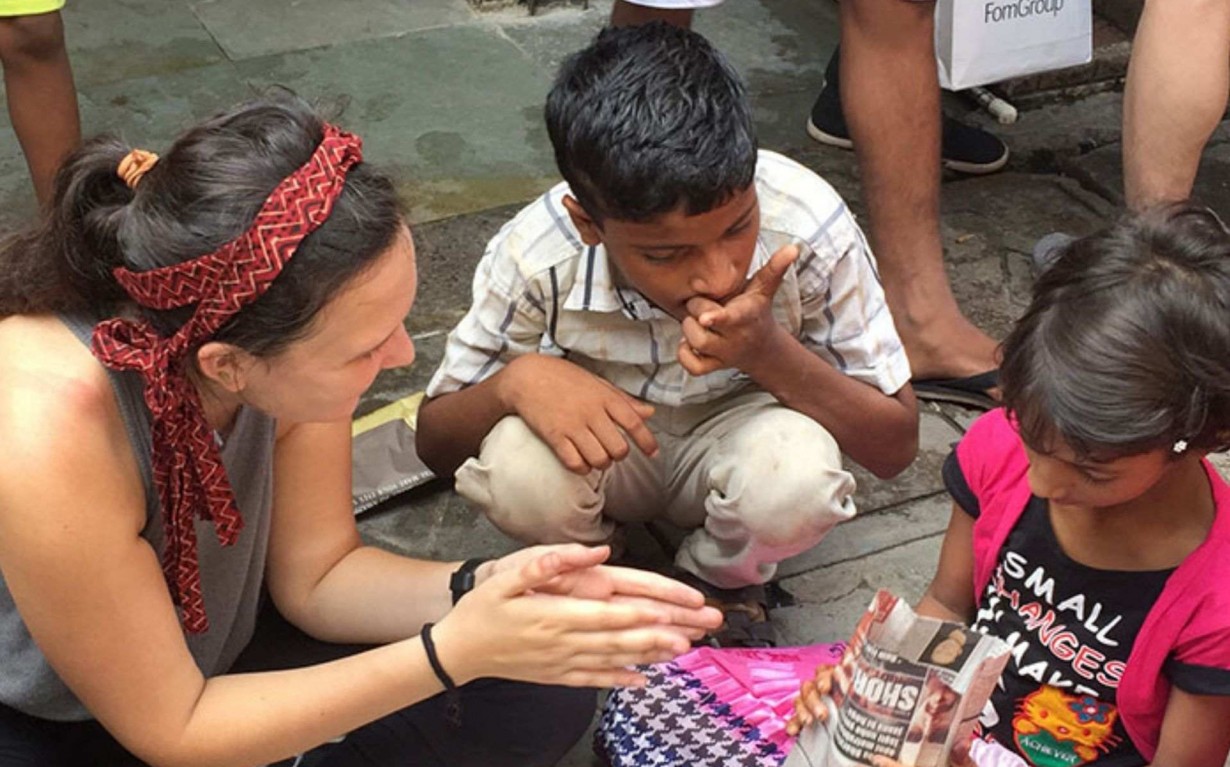 Recycling Training and Environmental Awareness for Children at Dharavi

On 21 June 2016, the Earth5R team along with AIESEC unit visited Asia’s biggest slum – Dharavi to conduct skills like recycling training and environmental awareness to the children.

The interns team includes Qiaomei Lee and Safiya Tyebally from Singapore, Rebeca Franklin from Belgium, Danielle Grew from the UK, Uma from Malaysia, Jersey Austria from Philippines, Elizabeth Ballou and Michael Guo from the US and Sandra Soliman from Egypt. These interns are mainly involved in 2 different projects – Project Mulan and Project Footprint.

The walk to the slum from the railway station was a very interesting experience for the international interns. From the smell of garbage to the congested houses, it was an exhilarating experience. Along the way, the interns were all struck by how full of life the slum is. It was buzzing with so much activities and everyone was busy with some kind of work. They were also met with so much hospitality and smiles from the local people. Children on the school bus were waving and saying hello to them with such enthusiasm.

After walking through many narrow and damp alleys, the group finally reached the open space area where they would conduct their activities. The event was organised by Rahul Pol, a social activist, Founder of Youth and Unity Foundation and an Earth5R member. As the time progressed, many women and children were attracted to the buzz generated by the group.

The session was started by the founder of Earth5R, Saurabh Gupta where he asked some basic questions about the children, like whether they go to school and what are the problems they face in the slums etc. The children all answered eagerly and one boy remarked that the main problem they face in the slum is that the water and power goes out sometimes. He even commented about the rising price of food and education saying it is a problem of ‘people not paying their taxes correctly’.

Saurabh also tested the children on their knowledge about environment sustainability. Many of the children know basic things like not wasting food and knowing where to throw their garbage.

After that, an Earth5R intern Mantasha Khurshid started the demonstration on how to make a small bag using newspapers and homemade glue made with wheat flour and water. Interns from Project Footprint paired themselves with a few children and made the bag alongside with them – helping them with the steps from time to time.  The children all joined in eagerly and showed their bags off to their mother after they were done.

Interns from Project Mulan took this time to talk to some women and teenage girls. Rebeca, Qiao Mei and Danielle interviewed some women and through this interview, we found out that they really love living in the slum. Many of them have lived here for about 15-25 years and they will still choose to live there even if given a choice.

They explained that the slum community is very tightknit and everyone helps one another out in times of need. They are all like one big family who celebrates all kinds of festivals together by meeting and eating in one big group.

When the interns asked the women where do they want to go for a holiday if given a chance, many of them could not give an answer because they do not know what is outside of the slum. Even if they do know there is a place called Goa, they do not know what kind of place Goa is. One of the women simply said she wants to go to a place with a swimming pool. This shows the lack of exposure and outside knowledge some of the slum people have.

Uma and Safiya had the chance to talk to some young teenage girls and know more about their school life. One of the most important thing the interns found out from them is that most of them starts having sex education in school once they reach 12 years old. Hence, most of them have proper knowledge about female sanitation issues.

Overall, it was a really meaningful session for both the interns and the Dharavi slum community. Other than helping to spread environmental awareness, there was a 2-way learning between the foreigners and the locals. The women had such a good time that one of the woman even invited the interns to her house for some chai and biscuits! It was a nice experience for all that is involved in the activities.

Pollution is a Dirty World: EarthTalk ...

Mula-Mutha River Cleanup At Pune By ...

Cleanup Drive at Yeoor in Thane ...

AI and Machine Learning for Sustainability ...