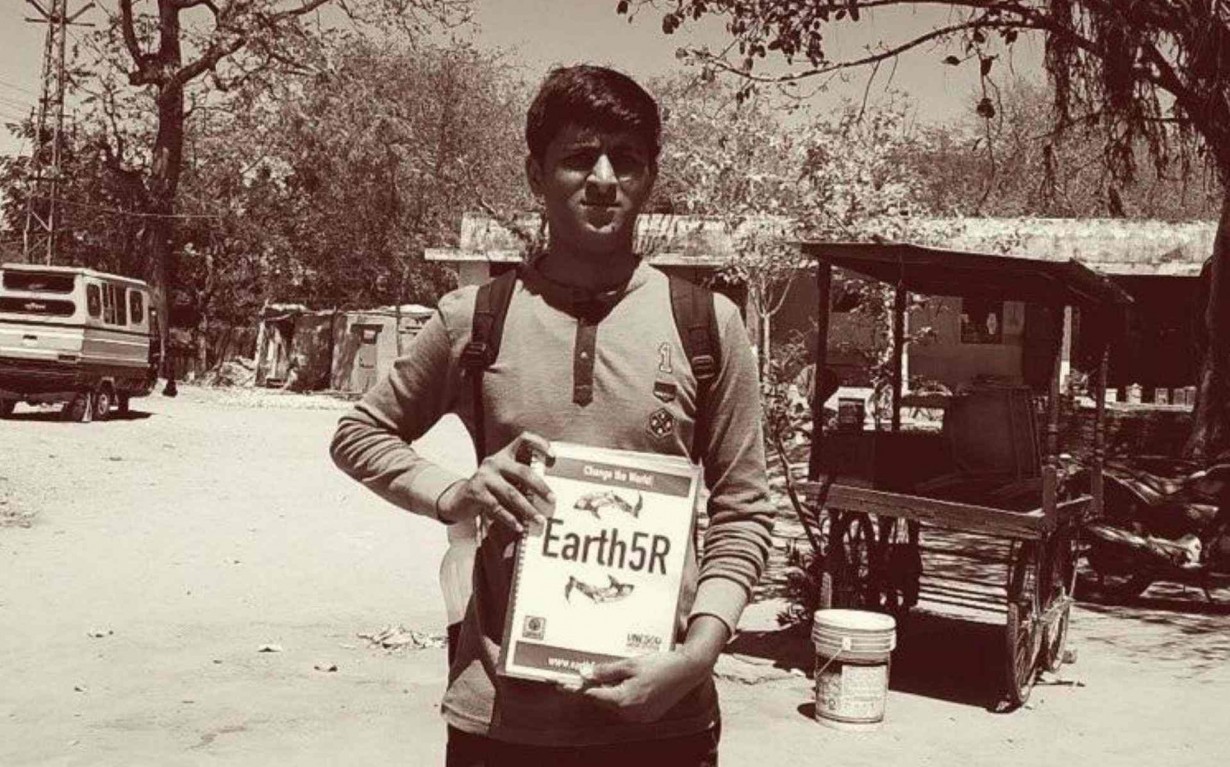 In India, thousands of people are sent to prison every year for serious as well as petty crimes.

However the  ill treatment meted on them in jail does not end with their sentence. They continue to face segregation and social stigma in everyday life afterwards too.

The plight of such people is overlooked by everyone, barring a few. One of them is Ravi Tapariya. Visiting Udaipur for some work and with the view that he should not be leaving the city without doing some community service, he struck upon an idea to serve a community. Ravi’s activity was a social entrepreneurship project of Earth5R, India’s fastest growing socio-environmental organization.Khula bandi is an area in Udaipur where the government quarters for former prisoners are located.

These individuals are required to stay in these quarters for a year after their release and report to the police station daily for the purpose of attendance. Talking to them about their income and its source, He realised that they earn mainly from small businesses like street food hawking. He also came to know that they have meagre incomes. This was because these people failed to secure permanent jobs due to their criminal records. Most of the children in these families went to school too despite their low incomes. Most of them had no bank accounts or even identity proofs.

After being asked what he did for a living, a former convict frankly replied that he served a jail sentence of 12 years and had been released recently.  Knowing that the people he was talking with had been involved in crime earlier invoked a sense of fear in Ravi. He spotted a knife used for kitchen purposes in the house mentioned above and felt threatened instinctively. However, realising the purpose of this project, he overcame his fear and went on with making the people aware about social entrepreneurship.

Ravi made these people aware that they can make money out of various other environmentally friendly ways too. He showed them slides telling them the process by which paper bags are made. They could buy newspapers for cheap and sell the paper bags at a slightly higher rate, hence making money. Carpet making was another idea for social entrepreneurship given to them by Ravi.  He also explained to them how they can profit from this trade along with helping recycle resources.

The Earth5R initiative taken by Ravi Tapariya to make these ex- jail mates aware about social entrepreneurship is definitely worthy of attention. Social entrepreneurship is tool with which the poor can benefit tremendously and give back to society alongside. It is a tool which can help alleviate poverty, which is a grave issue in India. Earth5R congratulates Ravi for his extraordinary contribution in this project.