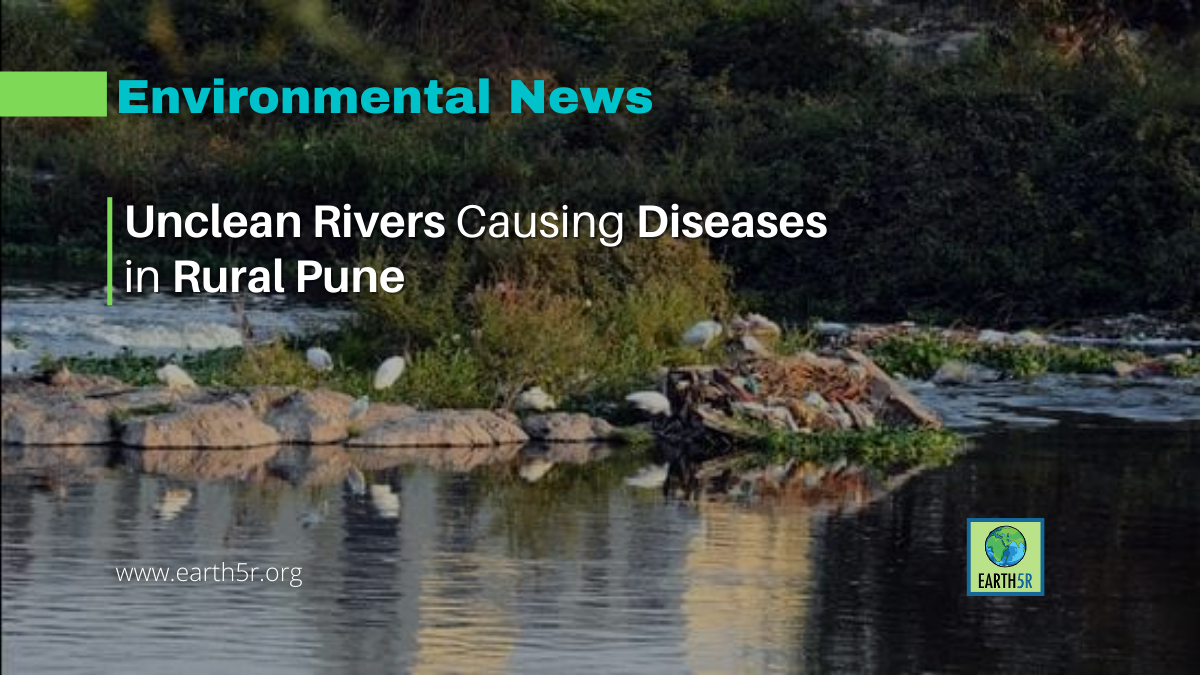 According to doctors and fishermen living in these villages of Pune, rising pollution levels in these rivers have led to many skin diseases, kidney stones, and even drug-resistant bacteria, causing gastrointestinal problems among farmers.

While the Pune Municipal Corporation (PMC) and the city-based NGOs lock horns over the civic body’s mega-project – the riverfront development of the Mula-Mutha, the primary issue of clean rivers and potable drinking water continues to remain unresolved. This directly impacts residents of Pune city and those living downstream of the river in the villages of rural Pune.

Dr. Avinash Panbude from Indapur said, “I mostly get farmers from villages in Bhigwan and Indapur who complain of skin rashes, gastrointestinal problems, and kidney stones. The skin infections seen among those from the north of the taluka and those from the south are completely different. The most common skin problems that have increased since 2005-2006 include contact dermatitis among farmers and skin rashes, ulcers, and itching all over the body among those swimming in these rivers. There are also complaints of colitis, indigestion, pain in the abdomen, and loose motions. The most important thing to know is that this colitis is antibiotic-resistant. When we do a culture test of the patient’s stools, we find that there is a high concentration of e-coli that is resistant to the usual drugs we use.”

The waters of the Ujani reservoir and the Bhima river are much more polluted than those of the Mula and Mutha. As per the Central Pollution Control Board report for the Namami Chandrabhaga project, the faecal coliform in the Mula-Mutha river at Mundhwa bridge stands at 640.91 while in the Mutha river at Sangam bridge stands at 1033.32, which as per standard drinking water standards should be about 230.

Australia Raises Guard Against Foot and ...