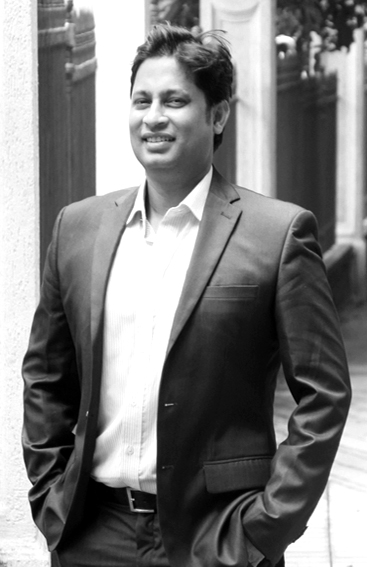 Since founding Earth5R in 2015, an organization on a mission to make sustainability more attractive, Saurabh Gupta has both identified and developed hundreds of environmental projects across India and Europe. In particular, projects which are financially attractive, thereby making it attractive and more cost-competitive for businesses to go “green”.
In an ever-changing world with an unclear future, businesses and companies worldwide need to change and adapt. Saurabh has helped several large companies understand why and how they can succeed in a volatile world.
A two times TEDx speaker, Saurabh has delivered hundreds of keynotes to audiences worldwide and is often featured as an expert in major media, including CNBC, National Geographic, Times of India, The Asian Entrepreneur.
He has previously worked with multinationals and advised several global companies in CSR and sustainability strategy and understands the world of business. This combined with his impressive geopolitical background working with UN Diplomats, Embassies, Environmental Ministries and City Mayors.
Saurabh Gupta has trained thousands of Corporate professionals and Members of several International Governments on cost-effective sustainability business practices leading to billions in savings on resource expenses and global pollution. His insights are highly respected, earning him Young Leader of India-France Award, as well as Most Admired Leader Award.
He openly shares his best practices through interviews, talks and other media. In addition, he has created certifications and training programs which are endorsed by countries all over the world! A sought-after thought leader, speaker Saurabh Gupta, has represented his country in Paris Peace Forum and presented community led sustainability initiative to 70 heads of nations.
Saurabh Gupta, a thought leader, is also the Chairman and CoFounder of Global Sustainability Hub, which connects companies, civil societies, governments, and non profit sectors advancing the business case of sustainability across the globe.

Saurabh Gupta was blessed with appreciation from His Holiness The Dalai Lama for his work related to the youth community on Project ‘Ganga to Nile’.

He was selected for the “Young Leaders India-France” Award by the French President Emmanuel Macron. He also received an appreciation from the Secretary-General of United Nations and Portugal’s former  Prime Minister Antonio Guterres